Blog - Latest News
You are here: Home / Blog / Blog / 4 Ways To Make Sure Your Public Restroom Is ADA Compliant

Make Sure Your Restroom Is ADA Compliant With These Tips

The Americans with Disabilities Act, often called the ADA, was signed into law in 1990. Since then, it has been revised and added to several times.

The latest changes were made within the last two decades. 2008 saw the term ‘disability’ being more broadly defined so that more people would be protected.

Some of the most famous ADA requirements are the ADA bathroom regulations, which assert that public restrooms need to be accessible to all groups. How do you make sure you’re following these rules? We’ll talk more about that in the paragraphs below.

The recommended minimum is 3 feet of space within the disability-accessible stall. There are also requirements for foot space, the height of the toilet and its distance from the wall, among others.

Keep in mind that wheelchairs, and people, come in several different sizes, so meeting the bare minimum, while arguably legal, could get you sued for discrimination.

ADA law is somewhat flexible in this sense. While there is a minimum, you’re expected to do more. Falling below the minimum is obviously illegal, but staying at or just above the minimum may be evidence that you chose cutting costs over disability rights and are, by extension, negligent.

Height is another crucial factor when it comes to ADA bathroom compliance. Your sinks, soap dispensers, dryers, and other appliances must be low enough on the wall to be wheelchair accessible.

4 feet is the limit, but it might be better to put things a bit lower so that the case can’t be made for negligence or discrimination.

Bathrooms also need grab bars to be considered compliant. A grab bar, as the name suggests, is a metal bar that is mounted above or next to a toilet so that those with limited mobility can maneuver from their wheelchair to their toilet and back.

Roughly 16% of adults in the US struggle with physical functions due to a disability. This means that there are a significant amount of people who may struggle to use devices that require a full range of movement.

Things most of us take for granted like pulling a string or twisting a doorknob may be impossible or nearly impossible for those with limited use of their hands. This is one of the major factors behind the rise of touch-activated hand dryers and motion detecting-sinks.

Door handles have also given way to levers and crash bars. The lever, in particular, has an unsettling origin.

It’s known as anti-ligature hardware. Though it was designed to be ADA compliant, that wasn’t its primary purpose. It was designed for use in mental hospitals to prevent patients from hanging themselves.

However, since the lever was ADA-compliant and easy to use companies began installing them on their doors. Now, they’re a common sight in the US.

Something that wouldn’t occur to most people when designing a restroom is the safety of the pipes. We’re not talking about whether the pipes can carry water without rusting or breaking, though that’s also important.

If this can’t be avoided, certain adjustments may need to be made to the pipe itself. For instance, the pipe, or any exposed surface, should not have sharp edges or components. This includes small details, like a tiny protrusion on the pipe that wasn’t smoothed out, or a chip of dried paint that cracked at a sharp angle.

The water traveling through the pipes can also present a potential threat. It’s an unfortunate scientific fact that metal heats up faster than water, so touching the metal pipe while hot water is running through them can be painful.

Temperature control is the best solution, but how you implement it is up to you. For instance, many of the motion-activated sinks do not have any way of changing the water temperatures.

Others put insulation on the pipes so customers don’t touch them. This is a great solution, but it can’t restrict customer mobility., and you still have to figure out how to keep the water from getting too hot.

ADA-compliant bathrooms will often require some advanced equipment, which may be difficult for a small business to afford. The good news is that the government can help ease the burden.

Business owners can deduct up to $15,000 per year of the costs associated with being ADA compliant. You can get additional tax credits if you own a small business that is impacted by the cost of renovating the building.

ADA Bathroom Compliance: What You Need to Know

Like most legal codes, the Americans with Disabilities Act is complicated, with a lot of exact measurements, one or two exceptions, and other bits as well. The good news is that behind the legalese is a simple set of instructions and guidelines to create a great ADA bathroom.

We’ve mentioned a few of the more basic rules in the paragraphs above, but there’s more out there. We encourage you to do more research if you’re interested.

If you want to know more about hardware, accessories, and safety please visit our site. We can give you a few tips on how to increase the security in your building.

Want to join the discussion?
Feel free to contribute!

Sign up for our Newsletter and get updates, important notifications and of course, more discounts!

Enter your email and stay on top of things, 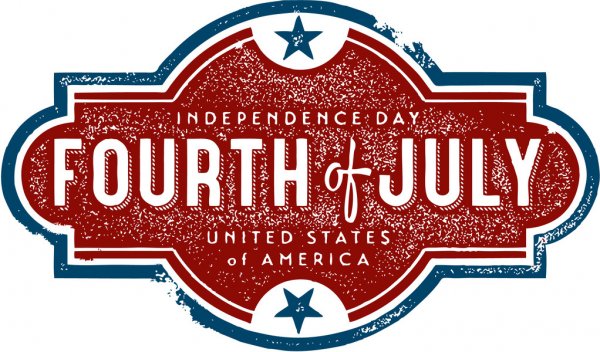 Accurate Door & Hardware will be CLOSED this coming Friday, July 3rd in observance. We will reopen Monday July 6th. We wish everyone a happy, safe, and patriotic 4th!